Innovation by the bucket-load for M23 upgrade 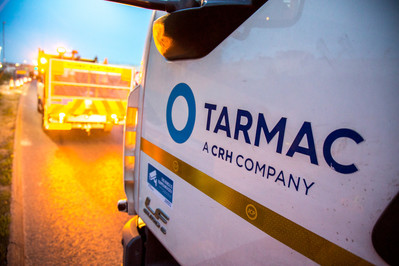 “Everything was meticulously planned to allow us to maximise working time in the short possession windows.”

The M23 connects Crawley and Gatwick Airport to the M25 motorway, routes into London and the rest of the UK. Junction 9 is a key access point for traffic travelling to and from our second biggest airport, meaning that maintaining a safe and functional road surface is of high economic and strategic importance. 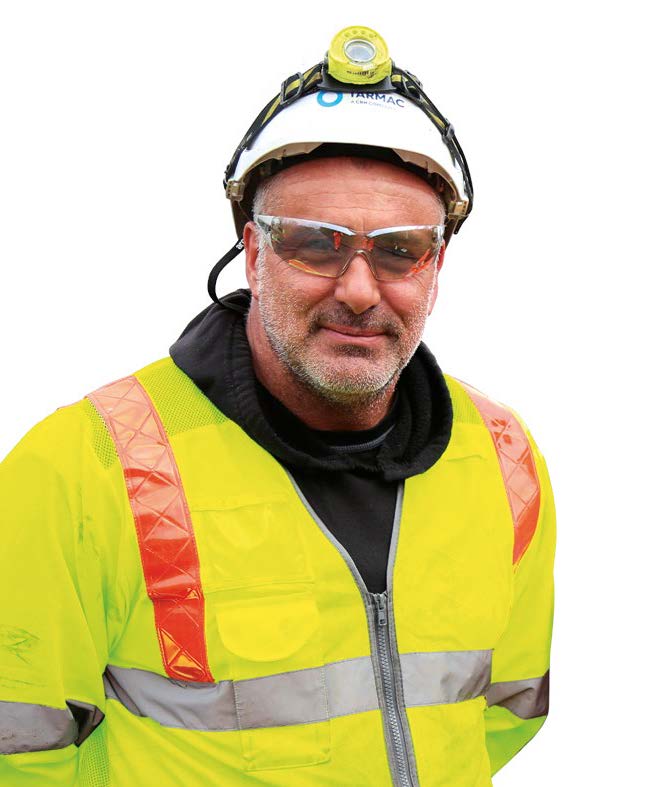 More than a decade ago, a section of the M23 London-bound between Junctions 9 and 10 was laid with a pioneering trial of ‘whisper concrete’, a material designed to reduce road noise. With a £158 million smart motorway upgrade due to begin in spring 2018, it was essential that the surface, more than 5,500m², was removed and an upgraded replacement constructed.

Highways England, lead contractor A-one+ and Tarmac worked together to create a scheme that would minimise disruption to road users. Early engagement with Gatwick Airport helped the team to identify a schedule of four periods of weekend working, to take place in January 2018, which would avoid periods of intensive usage by the airport’s two million monthly passengers. Steve Clark, contracts manager at Tarmac, explains: “Everything was meticulously planned to allow us to maximise working time in those short possession windows”.

Removing a concrete surface is typically done through a bay extraction method, in which the concrete is cut into small slabs, ready to be vacuum-lifted with a suction pad. On the M23 project, power-saws were used to cut the concrete into 2.5m x 1.4m sections, with around 375m of surface prepared in this way each Thursday night ahead of the weekend working window. During trials of the lifting, however, literal cracks began to appear in the plan.

“This is the largest bay removal project Tarmac has ever undertaken,” says Steve Clark. “We were prepared for the scale, but when A-one+ maintenance crews visited the site before Christmas it was noticed that the concrete slabs were splitting in two.

“We quickly identified that a reinforced layer in the concrete was causing the cracking. This meant the usual slab removal method of holding the slabs on each end while the vacuum seals were no longer an option. A conventional excavation wasn’t an option due to time constraints placed upon the scheme. This led to further investigation for an alternative means of bay removal.”

Concrete carriageways are far more common in the United States. With work due to begin in weeks, the team looked stateside for inspiration to keep the project on track.

Buckets of fun
Inspired by technology used in the USA, the team designed a specially adapted excavating bucket capable of lifting/scooping up the concrete slabs. The elongated base of the bucket and wedge-shaped teeth fully supports the slabs, allowing them to be placed for easy extraction without the risk of fracturing.

The entire supply chain came together to devise the innovation – the first time this style of machinery adaptation has been used in the UK. Tarmac funded the manufacture of two bespoke buckets for the project.

The discovery of the problem through to the creation of a concept and manufacture of the solution, from start to finish, had taken only a matter of weeks over the busy festive period. This time, when work began in earnest in January 2018, the extractions went almost perfectly to plan.

Sustainability, as well as efficiency, was another key factor for the M23 project. More than 3,900 tonnes of concrete were crushed and recycled, turning the material into a sub-base product that will be used in the construction of new roads. Responsible contracting led to more than 95 per cent of the materials being recycled.

Neil Wade, scheme delivery manager at A-one+ says: “Working collaboratively throughout the project meant that the whole team was able to respond to the challenges quickly and effectively to meet the many customer and delivery needs. The speed that the new bucket system was in place was quite incredible. Having the ability to rapidly innovate and deliver a solution in the timeframe was especially valuable as it enabled the project to be kept on track and crucially removed the potential for additional disruption to customer journeys.”

"With safety paramount at all times, upgrading the strategic road network requires a great deal of planning, including the ability and flexibility to adapt to the unforeseeable. The quick thinking and creative innovation of the Area 4 teams and the supply chain community delivered a safe and speedy solution which will enable road users of the M23 to enjoy an enhanced driving experience for years to come.”